‘Twas December the Seventh, and a present was broken,
So with Ashley from Hasbro a few words were spoken;
Her response saved my Christmas, and don’t ever doubt it;
Just click the pic, friends, and read all about it!

I’d gone into Ollie’s to purchase a present,
And found the large storeroom surprisingly pleasant;
I was greeted by toys, hundreds up on each shelf,
And a big cardboard standee of Ollie himself!

His eyes, how they twinkled! His dimples, how merry!
His head shaped like Einstein’s, but slightly more hairy!
His droll little mouth was drawn up in a smile,
Promising savings in each shopping aisle;

Cart rumbling before me, I pranced like a dandy,
Past the books, and the cards, and the carpets and candy;
When what to my wondering eyes should appear?
The toy aisle! With Transformers! And discounted here!

More rapid than eagles, to the robots I came,
And I grinned when I saw them, and called them by name:
“Slitherfang! Rung! Smashdown and Soundbarrier!”
All would be mine, making my Christmas merrier!

I spoke not a word, but went straight to my work,
And filled up my cart; then turned with a smirk,
I flew to the checkout and pulled out my wallet;
Put my chip in the credit card whatchamacallit.

When the beeping subsided, I made for the door,
I started my car and took off with a roar;
I drove through the night, so lively and quick,
With my bag full of toys, just like old Saint Nick.

Giddy, I went home to open my prizes;
But impairment had found my robots in disguises!
For inside the package, just hidden from viewing,
Trouble, it seems, had long been a-brewing.

Soundbarrier was nestled all snug in his plastic,
Held in far too tightly by bands of elastic;
His legs stressed and bound, with no give, and no gap,
Had caused his right hip joint to fracture and snap.

From down on my desk there arose such a clatter,
I put my toys down to see what was the matter;
And there, on the wood, ’twas Soundbarrier’s leg,
The socket torn free of its sad, broken peg.

The white coloration revealed the whole tale,
The packaging’d caused the toy’s plastic to fail;
And much to my poor, forlorn eyes it appeared,
The peg wouldn’t affix back to whence it was sheared.

Crestfallen, I knew a return was for naught,
There were none to exchange – I had bought their whole lot;
And then, in a twinkling, I exclaimed with a yelp,
“The Consumer Care Agents! I bet they can help!”

I sprang to my keyboard and typed out my trouble,
And Ashley got back with me, right on the double;
She gathered my info and took my address,
And soon she had sorted the whole Yuletide mess.

“I’m sending a package,” she said with a wink,
“A robotic replacement. You’ll love it, I think!”
And not two weeks later a box came my way;
But I waited to open it ’til Christmas Day.

‘Twas then I retrieved it from under the tree;
A present from Hasbro and Ashley, to me!
I sliced the tape Logan style – snikety-snikt!
To see which Transformer dear Ashley had picked.

A card was included! Now wasn’t that sweet?
A lovely and quite thoughtful holiday treat!
Not very Christmassy, that I’ll admit;
But the thought is what counts, so I cared not a whit.

Which ‘bot it would be, I’d conjectures and theories,
But I’d not guessed the BumbleBee Studio Series!
The cyclopean Soundwave, in violet armor;
A formidable ‘Con, but not much of a charmer.

His tank mode was wanting for éclat and grace;
It just looks like a robot that fell on its face.
A mishmash of ill-defined pieces, alas;
Like some crap CGI pulled from Michael Bay’s ass.

But the robot mode! Yes! Now this is way!
A vision in purple and silvery grey;
His chest plate and head shape have my acceptation;
A fitting homage to the first generation.

His gun is now handheld, not bound to his wrist,
And is easily mounted upon either fist;
His joints are all strong and allow full gyration,
With a full fifteen points of articulation!

Ashley had done it! She’d saved Christmas Day!
And I’d swear I heard sleigh bells as I sat down to play;
And I leave you with this, ‘ere I cease to scribe on:
We wish you…

It’s always just a little bit sad posting the final Christmas article of the year. It feels like taking the lights down. 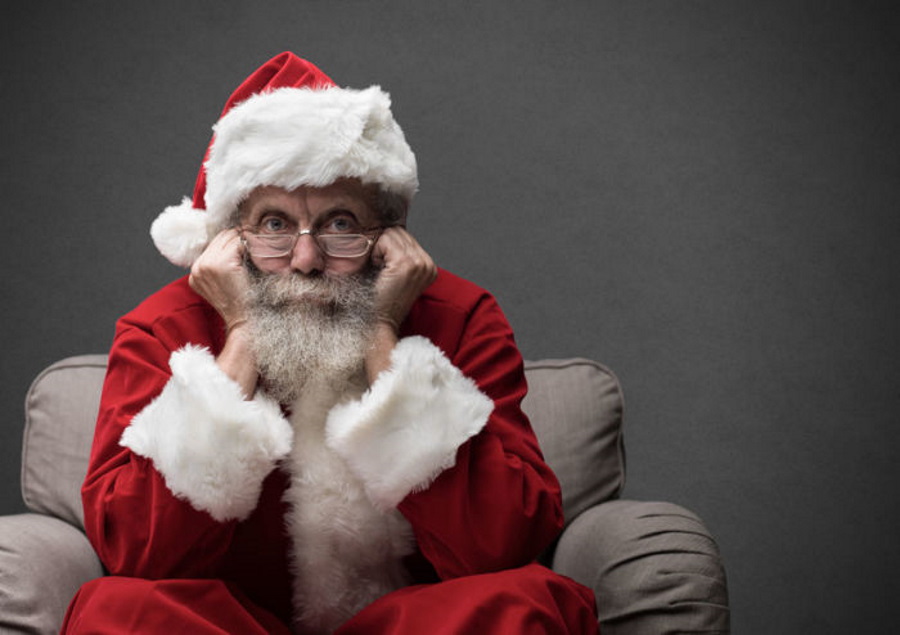