I should have posted this weeks ago, but the latest episode of The Sci-Fi Guys is on the air! Watch it right here! Episode 9: “BaconFest” features an exclusive interview with author Kim Harrison and more bacon than you can clog an artery at. We’ve got a new Saturday showtime in addition to our established Tuesday night timeslot, new intro graphics, and much, much more! (Alright, not “much, much more,” but isn’t that exclamation point exciting?)

I’m gonna level with you, I’m flat out exhausted. Being a balls-to-the-wall sci-fi TV star/rock ‘n’ roll superhero really takes it out of you sometimes. I was up ’til the wee hours of my day finishing the recording on my new song, and while that may sound pretty fucking cool (and I got to admit, it was), I cannot escape the fact that I am a 35 year old man who just spent three straight hours growling and screaming a dirty Brit punk rock song. My throat hurts, I look like something out of a Gorge Romero movie, and I sound like a cancer patient who’s vocal cords were replaced with a fucking box ratchet.

The point is, people, I just hit the wall. There’s a LOT of shit I’m going to forget to tell you about this episode, so here’s the facts, Jack, at least the ones I can currently remember, boiled down to what you need to know:

I have no pics to show you. I forgot to capture any stills whatsoever. I got nothin’. I’ll post some as I get them, but for now won’t you please enjoy this picture of my new favorite girl in the world, this chick:

The new 3D graphics come to you courtesy of Kevin Byrd, the newest member of The Sci-Fi Guys family. I’d love to tell you more about his incredible work, but nothing I say is going to be as cool as seeing the effects he’s added to the show. If you like those really pretty spaceships and logo graphics that start the show, you have Kevin to thank. His work on the title sequence went above and beyond, so be sure to watch the show then tell him how awesome he is. He’s earned it.

While you’re tuned in, be sure to enjoy me in the role of “The Fattest Man Ever Born In The History Of The Universe, Ever.” Do yourselves a favor: when television station guidelines tell you not to wear bright colors or plaid, LISTEN TO THEM. But it’s all good because as soon as my fat white ass is gone, we have the one, the only… Docter Hoo!

So instead of blathering on and on, space boobs:

There was more, but I’ll be damned if I can remember.

I was gonna say something about Kim Harrison and how great she was, I think. Really cool chick. Best interview we’ve ever had, hands down. I just can’t say enough nice things about her, which is unfortunate because I’m nearing complete mental shutdown and find myself unable to say anymore about her. Here, go buy her book. Or a bunch of them. I haven’t read them, but I heard they’re nice. Go on, get to the bookstore, ya little scamps. Daddy needs his sleepytime.

Our new timeslots are Tuesday nights at 11 PM, and Saturday evenings at 6 PM, Channel 21 on NKY Insight cable. 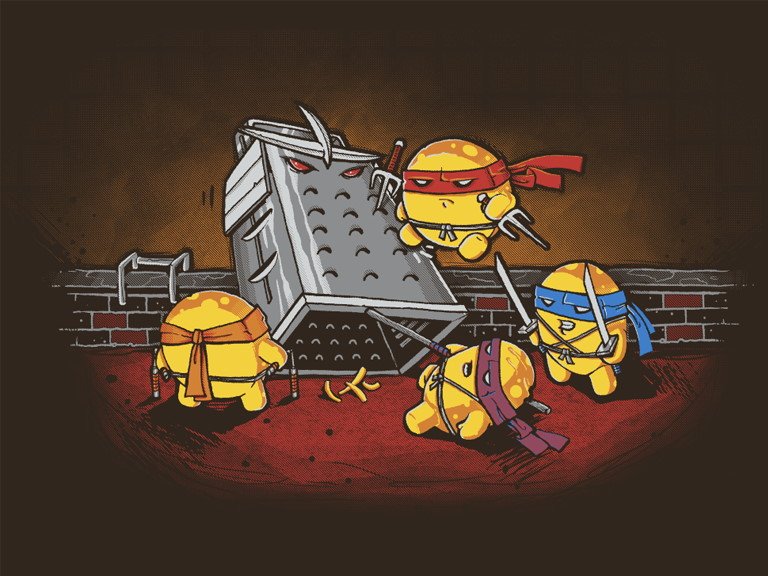 Last edited 1 year ago by Balthazar
0

Is it just me, or does TMNC Raphael look fucking delicious? Way better than the other cheddar. I don’t know why, I’m just sayin’.

You know what would be nice? If we could get two consecutive fucking Terminator films to star the same John Connor. Maybe they should start making them really good again and the actors would stick around. That’s a wacky idea, but I say we try it just for shits and giggles.

Last edited 1 year ago by chris
0