Gee, I wonder if anyone will be upset? Click the pic to find out!

We now return to “Dude, Where’s My Cross?”

Nothing makes the Bible look quite as stupid as fundamentalists, but History’s The Bible runs a REAL close second.

I watched this shitshow with the parental units. The male one seems to believe that you can get into Heaven by kissing God’s ass and buying merch. Is this true? Is God a struggling local band? The painfully Scottish and absolutely TERRIBLE narrator has yet to tell us. In any case, I maintained my composure until the Chinese angel did the slo-mo dual sword draw then mowed down the whole street full of Soddomites in his bloodlust. You know, just like in the book.

I’m not editing these pictures. This was really the best they could do.

I expected a mini series about the Bible to suck, but I would never have imagined that would be this bad. Honestly, it’s hard to understand how this even got made. if I had to write and direct a parody of the Bible, I would have been hard pressed to do much better. The guy playing Abraham was a goddamned TREASURE. His overacting was comedy gold.

“Jesus fucking Christ, this is the worst script I have ever read.”

2021 Update: I just rewatched the first 10 minutes or so. It’s difficult for me to understand how this could be possible, but it is actually worse than I remember. And why the hell is everyone in this movie filthy all the time? The Romans had free public baths. There is no reason everyone needed to be dirty. Maybe if they had spent less time whining about the Romans and more time taking advantage of the ultra-useful modern conveniences there would have been less need for scourging. Seriously, this movie is a great advertisement for the Roman Empire. Oderint dum metuant!

The hard truth is that this movie was made for the glorification, worship, and enrichment of one man. Anyone who says differently is selling something.

I did not watch this, and now I’m really sad that I didn’t.

You know what I am a fundamentalist and I am not stupid. You know what is stupid, being an atheist and watching a movie about the Bible but I digress. I have never used Facebook to make fun of anybody, I do not understand why we have to be p.c. all the time but it is perfectly acceptable to make fun of Christians. Please enlighten me on this

Ok, no problem. Your issue is that you have a persecution complex. No law or social convention says you have to be PC all the time. No law or social convention says you have to refrain from making fun of people. You do those things on your own because it makes you feel better than other people. And now you’re whining because everyone isn’t playing by the rules that you made up for yourself in your head, and expect the rest of us to follow even though I’m positive you’ve never discussed it with me. So now you get to feel like a victim. Like everyone owes you sympathy. Well, I don’t have any, and if I did you’d get none of it. If you had bothered to fucking read what I wrote you’d see that I was making fun of a shitty TV show. Never once did I make fun of Christians. And I proudly stand by what I said; it is a fucking TERRIBLE show, and if you were any kind of a proper Christian I think you’d be more interested in focusing your contempt where it belongs – on the people who made that cartoonish mockery of your most holy book. But if all you can muster from your convictions is the impotent energy to whine at me because, unlike yourself, I have the balls to publicly state an unpopular opinion, then please, by all means, defriend me so I no longer run the risk of bruising your delicate ego.

I have no persecution complex nor do I feel like I am better than other people. Never asked for your sympathy nor would I ever want it from someone who spills forth so much hatred. As for the movie I never watch those types for two reasons: they are never correct and I do not watch anything that depicts Dod. I do not have a delicate ego, you sure do make a lot of assumptions about someone you do not know. You seem to have a major chip on your shoulder, I am merely laughing at you right now for your an

Analysis of me. I do not whine but you sound like a crying baby.

So you’re bitching because I didn’t like a TV show that you didn’t even bother to watch? What the fuck? Stop wasting my time.

I was commenting on the fundamentalist comment not about the movie, thought that was made quite obvious

I said I didn’t make fun of Christians. Never said I didn’t make fun of whacko fundamentalists. Not all Christians are fundies, just like not all Muslims are Taliban. I was TOTALLY mocking fundamentalists. I will mock fundamentalists all day long. Do you honestly believe a guy built a boat and put two of every animal on it? If so, you’re an idiot. Do you really believe there was ever a flood that covered the entire planet? Then you are an idiot. Think the world is only 6000 years old? You’re an idiot. Think that all animals were made as-is within the span of just a few days? Idiot. Think we’re all descended from Adam and Eve? Then welcome to Idiot Town, population you.

Apparently fundamentalists believe in lots of ridiculous shit. But not punctuation. 🙂 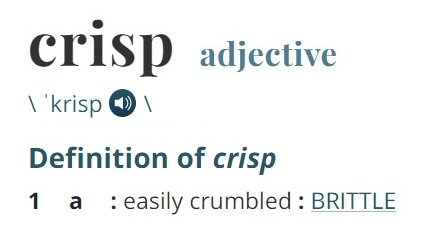 I guess my expectations are too high, I thought the History channel was supposed to report on, you know, actual history..

From what I can gather this appeared to ‘sensationalize’ the Holy Bible rather than simply tell it as the story it is. The Holy Bible is one book that, believe it or not, needs no embellishments. 🙂

Lee, you’ve got to watch the part where Lot tells Abraham he’s still going to Sodom after Abraham just freed him and his wife. It is so awkward and uncomfortable. I was cracking up.

Dan, History is also the channel that airs “Big Rig Bounty Hunters,” “Swamp People,” and “Ancient Aliens.” There’s not a whole lot of real history on there anymore.

was it totally a re-enactment, or was there a voice-over narrator? was it documentary-style, or more like a made-for-tv movie?

It was less of a reenactment and more of a bare bones rewrite. It was a made for TV mini series that was very, very heavy on special effects and fight scenes.